Dear Jean Seberg, My New Chapbook, is Out and in the World 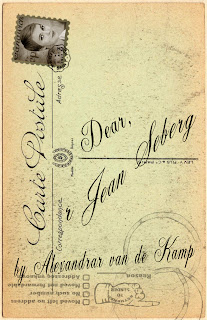 Just thought I would announce that my new chapbook, Dear Jean Seberg, is out and in the three-dimensional physical world now! Back in late September I received the kind of phone call every writer hopes to receive at least once in his or her life--an editor telling me my chapbook manuscript had won a contest! Considering it had been a rather stressful, harried day, this was music to my ears. The editor was Sid Miller and the contest was the 2010 Burnside Review Chapbook Contest. I had been lucky enough to have my collection of twenty odd poems selected by the wonderful poet Matthew Dickman.

This collection of poems really came out of sitting on the couch--I mean sitting on the couch watching films: black and white films, Technicolor at its most Technicolor, Steve McQueen car chases, French films (thanks to my librarian husband's knack for discovering obscure, and then not-so-obscure, directors and actors and then being very good at using the local library system to get access to sometimes hard-to-find DVD or video copies of these films). We found ourselves coming up with our own homespun versions of film cycles: William Holden Month, or Yves Montand Week, or, a Jean-Luc-Godard film cycle. Thus, I re-watched "Breathless" and discovered a new interest in the cherub-faced, blond American from Iowa, Jean Seberg, who found herself (via a rather circuitous route) in a Jean Luc Godard film in the 1960's.

Hence, the title poem of this collection. This chapbook is really a journey onto a fuller, longer collection, but I believe it stands on its own as a verbal stamp of some of the images, films, words and sounds that have influenced me over the last few years since moving out to the eastern end of Long Island. I don't consider Dear Jean Seberg about film; I consider it a collection of poems infused with the atmosphere of some films I watched and how images and moments in those films flickered in and out of my life long after watching them.

Feel free to purchase a copy at the Burnside Review Website for a reasonable $6.00 and to feast your eyes on the wonderful cover created by Robert Edwin, a wonderful Port Jefferson/Long Island artist.

Jean Seberg led an enigmatic, hard-to-categorize life, and my only hope is that these poems begin to capture some of the wistful strangeness that was the backdrop to her life and the surreal collisions that can occur, at times, in anyone's life. But enough of waxing poetic! Check out the book if you are interested. I will soon be posting sample poems from it on this web site.
Posted by Unknown at 11:31 AM 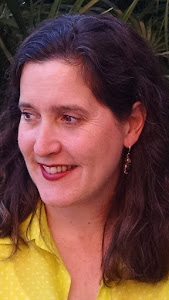